April 07, 2014
After Parsis, Anavils (Anavil Brahmins, અનાવિલ બ્રાહ્મણ ) are the fastest decreasing community. The total population of Anavils around the world does not exceed two lakhs figure and that is also fast reducing day by day. Days are not far, beyond a century or so, when they will have to be seen/found in records, photos and videos. Why?

- they get married too late,
- many are dying unmarried,
- they wait for the career to be settled before the first (and maybe the only) childbirth.

The number of children per couple is either one or zero.
It is certain that nothing can save this community from extinction - vanishing!
Let me try to introduce this community.

Mr Klass W VanDer Veen - a Dutch scholar and Professor at Amsterdam University prepared a thesis on "Anavils" and wrote a book "I Give Thee My Daughter ". He concluded, "Anavils are smart, efficient and clever but heavily disunited.”

British Government recognized Anavil as one with a sharp intellect and efficient administrators.

Ambelal G Desai (Valsad), Author of a book on Anavils of South Gujarat, who studied Anavilism extensively, said: “By and large, the people of this area – Anavils – are clever, frank, tolerant, quiet, luxury-loving and cheerful. They are not prone to quarrel readily and are not found wanting in doing whatever could be achieved lawfully.” (Anavils of South Gujarat was published in 1969 in Gujarati, and translated in English by Harish Desai and Hakumat Desai in 1995)

Captain Newport (1882) had personal and extensive contact with Anavils. He found Anavils as:
Settlement report (1868) with the British says:
I am adding my own impressions of Anavils being an Anavil one-self and staying amongst them for 64 years in two Hindi words: Aapvadai (Superiority complex) and Hamsachchai (My truth is the only truth).

From Prime Minister, Physician, Pleader to Peon – Anavils are everywhere!

We were living and belonging to South Gujarat (in India), from Kosamba in the north to Vapi towns within the south. 120 kilometres area between rivers Daman Ganga in the south to Kim in the north was inhabited in South Gujarat (India) by Anavils. Nowadays one can find an Anavil anywhere in any country in the world. 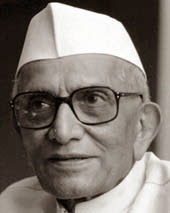 You can find Anavils anywhere, say:

The list can never end until you fill all the important positions by Anavils. Let’s go deeper into history.

The history of Anavils has deep roots. 5,000 years back, Anavils were brought to a village named Anaval  (then known as Anadipur) in South Gujarat from Ayodhya by Hanuman for doing Maha Yajña for Shri Rama who wanted to wash out the sin of killing King Ravana – a brahmin. They were Aryans migrated from Afghanistan.

According to the Court poet Bhukhan of Chatrapati Shivaji Maharaj, the population of Anaulla (now known as Anavils) were staying at Magadh around Bihar. The ruler Anavil named "Putrak" married to Naga Kanya "Patli" and they constructed the capital city of their state "Patli-Putrak". He said, the great Chanakya, also known as Kautilya, was Anavil.

After this great mission, these Brahmins labelled as Anavils became ruler of Kingdom Anaval. Anaval state had Vyara, Mahuva, Vansada and Chikhali talukas.

Buddhists took the Bhil community in hand to have a war with Anavils under the leadership of Vansia Bhil. The Anavil king lost this war. Around 1186 AD, the Anavil king Samandhar Vashi won the war against Vansia Bhil with the help of Rajput King of Paatan, Siddharaj Jaisinh. But he lost interest in Kingdom and gave it to Rajputs. King Digvirandrasinh was the last Rajput ruler of this state, later named as Vansada state.
Anavils were spread all around 300 villages of South Gujarat. I must tell about a few important ones with their relevant stories.

Anavils are a dynamic community ready to change for better and in the process, they have had multiple resolutions for social reforms regarding marriage, engagement, dowry, thread ceremony, death and condolence. 1868 Resolution, 1924 Kaliawadi Resolution, 1929 Puni Resolution and 1931 Paria (Taluka: Olpad) Anavil Samaj Sudharak Mandal to name a few.

Gopi Naik Raso said, "The Anavil, instead of engaging himself in duties of a Brahmin, made politics dear and achieved bright success in it. He became the pillar of the state. Power and wealth were at his feet and he remained Ajachak (Non-acceptor) and a donor. Because of being non-acceptor and donor, he enjoyed a special position amongst the Brahmins. People respected him for his power and influence with the government. His generosity earned him the nickname of "Baadshah".

With all these details, who would like this great community to vanish? The attempts to save them has to start at earliest before it is too late. In addition to Anavils themselves, the NGO and Government machinery should be active to stop their decrease in number.


Timely marriage, early children (minimum two) and marriage among the same caste of Anavils are the minimum steps.
Who will do this?
Shall we start a commercial campaign to do all this?
Or shall we start preparing museum of Anavils to show the extinguished species of Anavils?

We cannot sit and relax...

The facts and statistics in this article are based on the book Anavils of South Gujarat written by Ambelal Gopalji Desai (in Gujarati) and translated in English by Harish Desai and Hakumat Desai (1995), published by Harshad K Desai.

September 13, 2016
When you are young and earning reasonably more, spending becomes an inescapable habit. There is no brake that can stop your consumerism from growing bigger when you have a credit card! Well, ‘financial discipline’ is the first condition for happy living and enjoying a tension-free, stress-free life. I thought I must show the ideal way with a few handy tips.
Post a Comment
Read More

I want to be a history teacher. I have read many books on the history of Gujarat, India and the world, I want to tell this as a storyteller to all.