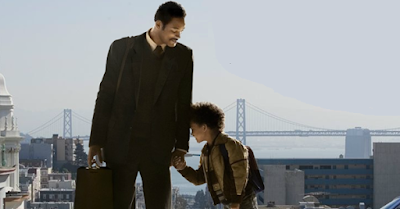 Father is a struggler. Father and mother are equally important, but the mother is more attached because she takes more physical and psychological care of a child. She tolerates all the unexpected and undesirable insults and forgets soon to love the child and adjusts again for better life. Well, this may not be applied to the father. He is neither superior nor greater to the mother, but he is altogether different. He is a struggler - he wants to do the best for the child. This makes him work hard to earn more and remain away from home and so the children. This desire makes him spend less on himself - he often manages with cheaper clothes, shoes, watches, mobiles, vehicles and what not. He wants to spare the money for his offspring, to offer “the best” to his child. And so, he is a miser when it comes to himself. He wants to save for the education, marriage and later life of his offspring. This aspect of a father is either ignored or not noticed to the extent it should be. And father may be considered indifferent, less caring or less emotionally attached. As a matter of fact, the truth is opposite.

Father is never understood in the lifetime. My father lost his parents at the age of one year, he survived poverty and became a government official. After his marriage, he had six children, a dependent uncle and a sister. A family of ten with low salary and honest, disciplined life. Yes, he struggled successfully, but none of the six of children understood him. We - all of us, feel sorry for the poor appreciation of his struggle, because, he could never explain or display his love. In the desire to build us to be the best and in the process of strict discipline and what not, all he could show was anger. Well, my father was difficult to understand during his lifetime. So, be aware, let this not be repeated with any of you.

How do we treat our parents? Role of parents in our life is poorly understood, because, we get everything we desire easily. They are always available and accessible, they are there round the clock to be with you, to help you and support you.

Parents can be treated rudely because they are always ready to forgive and forget. If not treated rudely, at least they are poorly appreciated for whatever they have done and are still doing. Parents are actually the assets nature has given to you, who treat you with respect and love irrespective of your intelligence, income and reciprocation.

The best is to use this available help, tell your problem, tell your issues causing trouble, express your concern about your own matters disturbing you and you will get the solution.

Father is a son first, then the father. Son is a son forever, whether he becomes a father or not. Now heredity, genetics and biology demand his son to be more intelligent, smarter, say more active to understand than his own father. This word “more” here is a generation gap. To minimize this so-called gap, the father should try to come to the level of his son or accept the son as he is with respect.

A student of History has to understand Geography, Economics and Anthropology simultaneously. A person curious to know about world history has to proceed step by step, learning his own state first, then country and then only one can understand world history. Well, appreciating above facts, I am starting my study with History Of My State Of Gujarat . I have put it in order of time and later described important states and rulers.
7 comments
Read More

“Facing Challenges and Creating Destiny” by BK Shivani, Gurgaon National Conference on Mind-Body-Medicine, Mount Abu. August 6-10, 2010 What is Karma? Karma is work or energy going out in the form of 1. Thought, 2. Word and/or 3. Action. Resultant return of energy is in the same amount known as Bhagya (Destiny). The role of God is to ask you to do Karma and to help you to do RIGHT karma. Then whatever good/bad karma you do, the result is accordingly and entirely your responsibility. Because the result is Destiny (Bhagya). So don’t blame anyone else or God for anything bad. Do not try to blame someone responsible for your own deed and its result.
15 comments
Read More

My daughter-in-law Shivani has seen many family get-togethers during the last decade at her paternal home town - Dungri. So she wanted a similar gathering with the family in Bilimora. We four i.e. Bhavana, Vaishali , Rahul , and I were reluctant to hold one without any cause. Ultimately, we thought of trying this at least once, and so we decided to hold our Sharada Mohan family 's first " Family Reunion " on 24-25 January 2021, Sunday-Monday. A family is a unit of people formed naturally by brothers and sisters of the same parents. A family can be extended by adding uncles and aunts (Kaka, Fui, Mama, Masi) with their offspring. Thus, a family comprises the people who love and support the members in good and bad times. We tried to meet for two days and one night thinking it would be enough time - neither too short nor dragged. Yes,  we were happy and enjoyed all the while. To finalise the venue, we initially Anaval Shukleshwar Dham and Saidham, Majigam. The cleanliness a
3 comments
Read More

Generally, the wedding of a daughter is event parents plan from the day of her birth. They start saving money and dream about the son-in-law to be. But all these have one condition tagged – “Consent of Parents”. Or say a final decision has to be with and as per the will of the parents. When this does not happen and daughter decides to marry at her own will – against the consent of parents, they get shocked emotionally to its deepest level and this is the subject of my discussion.
Post a comment
Read More

If you want to be alone to be with nature, it is an ideal spot. But if you enjoy crowds with your group this is an equally important place to visit. 42 km from Bilimora on Vansda Road, we reached Janki Van in less than an hour. Dr Nayana Patel, Dr Bhavana Desai (my wife) and I visited the place impromptu on a weekday. The name Janki  is related to Sita Mata of Ramayana and it is believed that at a certain point in the history, Sita Mata did stay here. The garden, a great picnic spot (16 hectors big), is situated 5 km away from Vansda, 6 km from Unai and 42 km from Bilimora. It is developed by the Gujarat Forestry Department under social forestry action and was inaugurated on 02-Aug-2015 while celebrating the Forest Day. Please, keep in mind it remains closed on Monday and visiting hours are 10:00 am to 5:00 pm.
Post a comment
Read More

I recently conducted a social study of the status and condition of old-aged people and the old-age homes in Gujarat. This is a combination of the outcome of the study and the book review of a Gujarati book “ Vrudhdhata Ni Samasya ” by Dr Hiteshkumar N. Patel.
Post a comment
Read More