Before Saying "Yes" For Marriage

Typically marriages are decided by one of these two methods in our society:
Well, either way, the final decision of marriage is made after checking the possibility of matching with each other on the basis of social, academic, financial and/or physical appearance. 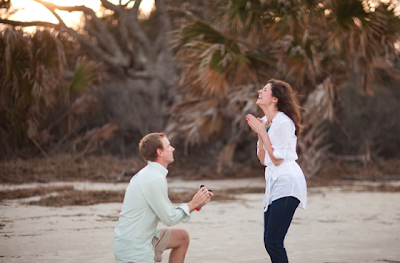 The new addition of ‘matching horoscopes’ has appeared on the scene recently. Marriage proposals are refused on the so-called matching of the horoscope is not there.

What is hardly considered and ignored in total is the ‘Pre-marital detailed medical check-up’ of both of the partners. This article is to bring to notice the importance of issue(s) of health for the success of any marriage.

I will give three real-life examples to explain my point.
So many examples can be cited here, but those few are just to introduce the subject, explain the seriousness of the issue and make you aware of the subject.

When I talk about the particular disease, it has two interpretations:
Let me explain this in details.

To get rid of problems in married life, one has to get the premarital medical check-up.
It should be in form of 1. Simple history talking, 2. The medical examination by a specialist, and 3. Laboratory investigations, and 4. Other related tests.

You will be surprised to know a simple questioning regarding having any disease reveals great surprises. Each going-to-be partner should ask simple questions about having any disease of importance, any need of getting hospitalized for certain treatment and/or operation/surgery. This can lead to understanding the status of each. One more question is must regarding any inherited disease on paternal or maternal parents.

A total body check-up is ideal including Eye, E.N.T. and following:
Haematological Studies:

The disease that appears in new-born - because one/both parents were having it and passed to the offspring - is known as hereditary diseases. They are transmitted by 23 pairs of chromosomes. I can give a big list of more than 400 diseases, but I will enlist only most common few.
So, a million dollar would be: How to prevent such diseases?
You will be surprised to know one country is having the law of compulsory sterilization of person having a hereditary disease and who has been admitted to a mental asylum or a prisoner.

To conclude,
Now I can say, BEST wishes for long and happy married life!!

If you want to be alone to be with nature, it is an ideal spot. But if you enjoy crowds with your group this is an equally important place to visit. 42 km from Bilimora on Vansda Road, we reached Janki Van in less than an hour. Dr Nayana Patel, Dr Bhavana Desai (my wife) and I visited the place impromptu on a weekday. The name Janki  is related to Sita Mata of Ramayana and it is believed that at a certain point in the history, Sita Mata did stay here. The garden, a great picnic spot (16 hectors big), is situated 5 km away from Vansda, 6 km from Unai and 42 km from Bilimora. It is developed by the Gujarat Forestry Department under social forestry action and was inaugurated on 02-Aug-2015 while celebrating the Forest Day. Please, keep in mind it remains closed on Monday and visiting hours are 10:00 am to 5:00 pm.
Post a comment
Read More

With this article, I would like to tell you about three things: (1) History of Islam and Muslims in India; then I will try to elaborate, specifically telling (2) What went wrong; and finally I will conclude telling (3) The future of relations amongst Muslims and Hindus. Although it is routine to give references, in the end, I shall start with the list of three reference books in the beginning. All these details are not mine, I’ve only summarized them from these books.
28 comments
Read More

Generally, the wedding of a daughter is event parents plan from the day of her birth. They start saving money and dream about the son-in-law to be. But all these have one condition tagged – “Consent of Parents”. Or say a final decision has to be with and as per the will of the parents. When this does not happen and daughter decides to marry at her own will – against the consent of parents, they get shocked emotionally to its deepest level and this is the subject of my discussion.
Post a comment
Read More